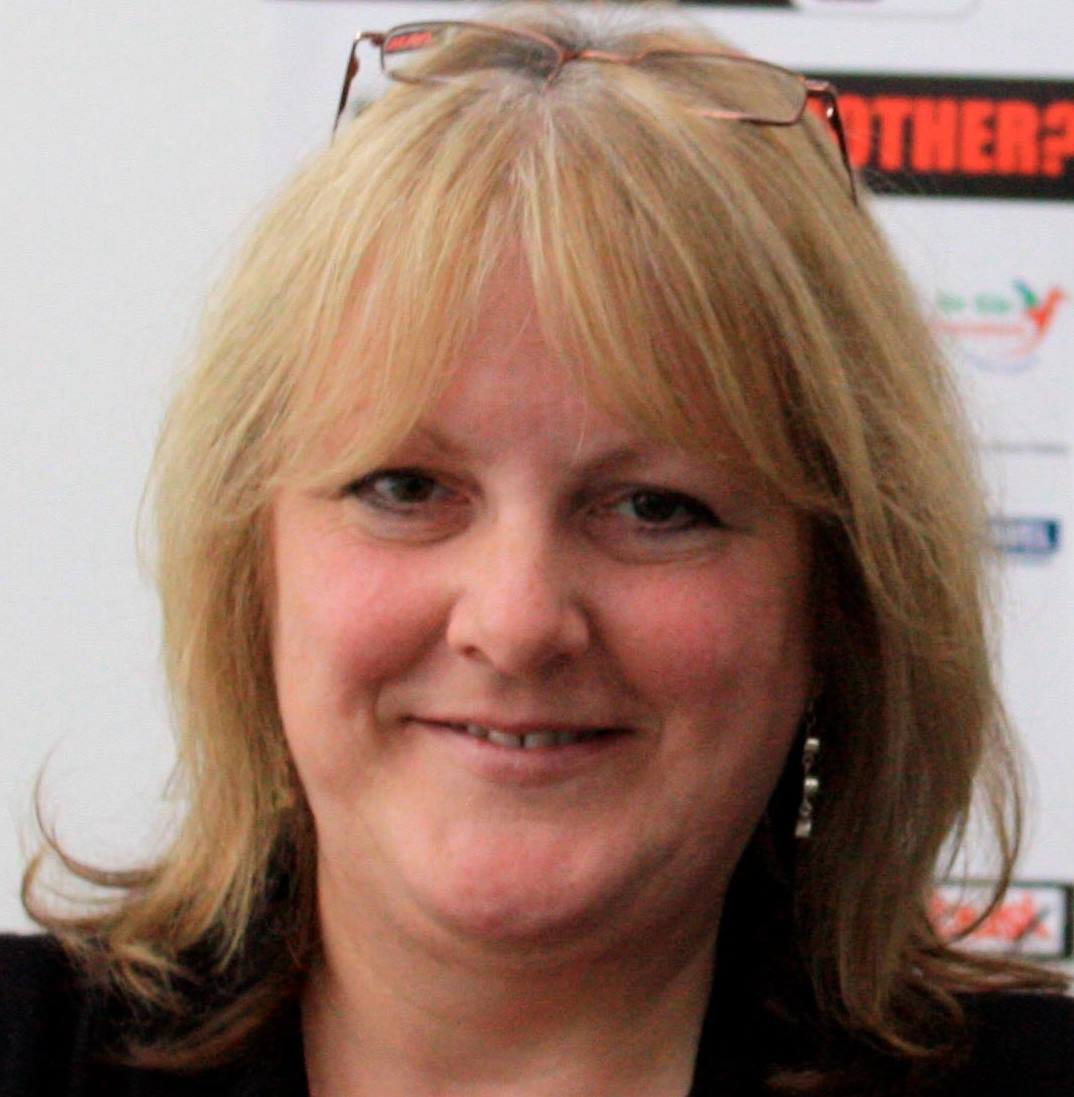 BUSK was founded by Pat Harris on 16 February 1993 with the main purpose of bringing about changes in seat belt legislation so that school children travelling in coaches and minibuses would be provided with a lap and diagonal safety belt on their daily journey to and from school. Seat belts were only part of the original campaign. BUSK wanted legalised overcrowding, better know as the '3 for 2 rule' to end. This was a practice that allowed both schools and local authorities to overcrowd a vehicle with up to 50% additional passengers than the seating capacity and it was legal! The other part of the campaign was to look at supervision during the journey.

The name BUSK came about because the first three letters spelt 'bus' and the last three spelt 'Usk', the small market town where Pat Harris lived. Put together it produced the name BUSK which was to prove a lot easier for people to contact the organisation if they could simply address correspondence to BUSK, Usk, Gwent instead of tackling the Welsh spelling of the full address. BUSK also stood for Belt Up School Kids.

In it's first two years BUSK received thousands of letters from parents and children all concerned with the daily school run. Sometimes it took two to three hours a day just to open and read the post. Many letters were just addressed to BUSK, somewhere in Wales and the Royal Mail delivered them all, even the one with just 'The Seat Belt Lady in Wales'. By year three BUSK was being contacted by parents and others from all over the world, in particular by a similar group in America who were battling to get safety belts onto the American yellow school bus.

BUSK fought against UK bus giant First when they tried to introduce the American yellow bus in specific areas of the country. Pat Harris publicly challenged the company on many occasions, pointing out that the specification of the yellow American bus had barely changed in over 85 years and that it failed to go anywhere near the safety standards of coaches currently in use on school services that met with either British or European standards. She made sure that everyone knew that the Federal State standard First would quote as 'being the equivalent of European standards' was much, much lower. Although First mounted a high profile marketing campaign, and at one point tried to market the American iconic bus as the 'safest in the world' Pat was always able to provide evidence that they were economical with the truth. At one point on a national BBC programme, in which she and First were debating the subject, she challenged First and won the argument based on her factual exposure of exactly how the American yellow bus was failing to meet the most basis of safety standards and said the only safety feature she could praise was the fact that it was yellow, a colour insurance companies claim is the safest colour for any vehicle to be. Today, in the UK, only a very small number of yellow American buses exist and once they go out of circulation, will not be replaced by more of the same. About fifty such vehicles still exist but most have been modified to meet more stringent standards as a result of BUSK's high profile campaign.

BUSK also ran a national safety poster competition through BBC's Blue Peter programme. More than 33,000 children entered the competition, designing safety posters with the theme of why they were not provided with safety belts on their journey to and from school each day and on school trips.  The winning poster with its slogan, 'Can't you see that its a sin, make them strap your children in!' was placed in Welcome Break service stations and on RAC sites.

From almost day one of BUSK's existence, Mike Nolan, original member of Bucks Fizz group has been involved, publicly supporting improved safety standards for children. Shortly after Bucks Fizz won the Eurovision Song Contest, their touring coach was involved in a devastating road traffic collision, with Mike's life hanging in the balance. He was given the last rites twice as he was not expected to pull through the serious head injuries sustained in the crash. He did not have a safety belt. Safety belts were unheard of in coaches back then. Having always worn a safety belt as a car passenger, Mike had no hesitation in supporting a campaign to protect children and joined by BUSK and hundreds of parents and children from all over the UK and also from the Isle of Wight, he presented a National Parliamentary Petition at Westminster in April 1994, calling for safety belts on school transport. This resulted in a seat belt consultation process among interested parties such as the coach industry, its trade body, schools and safety groups. In 1997 seat belts became obligatory in coaches and minibuses and although this was for a minimum of a two point belt, BUSK knew that it would only be a matter of time before coach manufacturers and coach operators would be using coaches with three point belts and eventually, some manufacturers such as Scania Bus & Coach contacted BUSK to discuss building a purpose built coach specifically designed for children and young people that would meet their approval.

School Transport provision is very different today than it was twenty-five years ago and this is down to the dedicated work of BUSK. There is still some way to go before all children in all post codes in the UK are provided with an ideal service but at least a start has been made in the right direction. Numerous coach companies have supported and worked alongside BUSK over the years.  Since its very small beginnings in 1993, BUSK has grown from a pressure group to a well respected and trusted organisation that still provides a completely free information and advice service for parents and schools. It has undertaken work on behalf of local authorities including best value reviews on transport procurement, has assisted with writing policy documents, produced safety handbooks, put into practice, emergency planning procedures and much more and is regularly included in UK-wide consultation processes.

BUSK has given evidence to the School Transport Committee at the House of Commons and also at the National Assembly for Wales for its Learner Travel Measures (details on Welsh Assembly website) and took part in a European Study into childrens' safety in transit after meeting Neil Kinnock in 1996, when he was the European Transport Commissioner. More recently, BUSK was invited for two consecutive years to Stormont in Belfast to assist in helping to advise on how to make school transport services and the daily school run much safer.  Much of BUSK's work over the last ten years has involved working closely with local authorities, roads policing units, the fire and rescue services, safety groups, transport operators and in schools where it has successfully delivered safety training to pupils of both primary and secondary ages with evidenced outcomes of changing the attitudes of students about their own personal safety and that of other peers. Local authorities and private schools in particular have regularly attended BUSK conferences that provide practical advice and solutions to the many problems associated with making transport arrangements for large numbers of children on a daily basis. The organisation has also been responsible for designing and producing road safety resource materials, mostly for use in schools but in some instances, for use by transport providers.

It was BUSK that first introduced evacuation training of buses and coaches in 1994. At that time it was difficult to find a company that would lend a bus or coach for this purpose, claiming that by carrying out emergency drills of this kind would worry people, making them think coach and bus travel was unsafe. Pat Harris argued that evacuation drills were carried out in offices and schools across the country and this did not stop people form using the buildings by making them believe the building could catch fire some day! She pointed out that it was more likely that this training would be needed for real in a vehicle than in a building. Today, many training companies include evacuation drills as part of their training package and is also part of many CPCs modules. As for BUSK, it has trained thousands of children and young people how to get out of a coach quickly and safely and importantly, what to do once they have left the vehicle.

In February 2013, BUSK launched BENCHMARK, the UK's first and only completely independent star rating for the minibus and coach industry, based on safety and legal compliance. In fact, BUSK's standard for entry to the scheme is higher than the minimum legal requirement.  Schools, parents and the general public can now identify Benchmark members by the distinctive logo with green stars displayed on their fleets.

BUSK Approved was introduced after BUSK learned that up to 30% of coach crashes are linked to fatigue. This statistic is taken from a European Commission report. See BUSK's Nightcap campaign http://busk-uk.co.uk/nightcap for more information.  Tour companies can join BUSK Approved if they meet the criteria which is very simple. They must provide evidence via an audit, that they provide single room accommodation for coach drivers on trips in the UK and abroad, single room cabins on ferry crossings and a day bed if drivers are required to drive through the night on the return journey back to the UK. To view BUSK Approved tour companies visit this link http://busk-uk.co.uk/tour-operators.

More recently, BUSK has become a JAUPT approved Driver CPC Centre and writes its own training courses for bus and coach drivers,  all based on the safety of both children, young people and the drivers.